If you are following the news, the fiscal cliff seems to be the only story people are talking about. The combination of tax hikes and spending cuts scheduled to take place on January 1 have the set the stage for endless rounds of political wrangling.

On one side are the Democrats who don’t want to cut spending for entitlement programs such as Medicare and Medicaid. On the other side are Republicans who want to curtail government spending and avoid raising taxes on higher-income taxpayers.

The current standoff leaves businesses, investors and the vast majority of taxpayers caught between the two parties, waiting in limbo. While each political party claims to want to avoid the fiscal cliff, neither has yet been willing to alter their demands significantly enough to make that a reality.

For investors, the continuing impasse results in market volatility and uncertainty around taxes. In the business sector, it appears to be leading to less hiring and investing than would otherwise occur. The only group it seems to be helping is the new media, which has enjoyed weeks of reporting on this seemingly never-ending story.

How will it all work out? We’ll find out in about a month. In the meantime, the best thing investors can do is ensure that they are following an investment strategy that is appropriate for their financial goals. Look for our next Market Minute on Friday, December 7.

Taking a break from our normal market commentary to enjoy the holidays. We will be back next week with a new installment of the Goal Investor Market Minute.

Turn on the television, read the paper or surf the web and you will quickly be overwhelmed by a steady stream of bad news. The U.S. is fast approaching a fiscal cliff. Taxes are likely to rise. The government is in crisis. Partisan politics are wrecking the economy.

The picture overseas is even bleaker. Workers are striking in Spain, Portugal and Greece. The eurozone is in recession. Syria is at war with itself. Jordan is seeing civil unrest. China—the world’s growth engine—is facing both a slowing economy and a significant leadership change. Israel and Hamas are on the brink of war, and Egypt may join the fray, so oil prices are reacting.

Stepping back from today’s news to look at the big picture, you can see that unemployment is at its lowest point in four years. Housing prices are rising. The U.S. economy continues to grow. Europe is working through its debt crisis. In others words, things may not be as bad as they seem.

For investors, the most important point to keep in mind is that you should never make financial decisions based on a new story. Instead of making a hasty move you may later regret, take the time to carefully evaluate your investment portfolio. If the investments it hold are well matched with your goals, turn off the news and leave your portfolio alone.

After a long and grueling campaign, President Obama won re-election and the Congressional balance of power in Washington remained essentially intact. Although the results were not a major surprise, stock markets sold off on Wednesday, a reaction that probably has to do with the political challenges that lie ahead.

Now that the election is over, the “fiscal cliff”—a package of significant tax hikes and spending cuts scheduled to occur automatically in 2013—has taken center stage. The Congressional Budget Office and most economists believe that failure to forestall the fiscal cliff could tip the U.S. economy back into recession. With so much riding on a solution, investors the world over will be looking to Washington to get a deal done.

For investors, it’s important to realize that politics have always had an impact on markets and always will. It’s yet another reason to ensure that you have a well-designed investment strategy that emphasizes diversification. Fundamentals drive markets over the long-term. But over shorter time horizons, investors should view headline risk and other sources of “noise” as opportunities for prudent rebalancing.

The New York Times recently published an article on setting goals entitled, “Experts’ Advice to the Goal-Oriented: Don’t Overdo It.” The research, studies, and anecdotes referenced in the article, all seem to communicate that it’s not a good idea to focus too much on goals and that a focus on goals can backfire. At first, we were up in arms over this assertion.  Being goal-oriented is a big part of why many of us are successful.  In fact, it’s the way we measure success.  That, though, was not the point.

The article quotes Maurice E. Schweitzer, a professor of operations and information management at the Wharton School at the University of Pennsylvania and co-author of a 2009 paper “Goals Gone Wild” in the Journal Academy of Management Perspective.  He said:

“The proponents of goals focused on the benefits of the goals, not the harm, and too many businesses went too far, saying ‘Here’s what we want you to accomplish,’ and implicitly saying, ‘We don’t care how you got there.’ ”

“And that, he said, can lead to, among other things, unethical behavior.”

Other examples, research, studies, and experts in the article reinforced this point.  Again and again, incentive programs, penalties, fines, and rewards all intended to help people achieve goals are found to be double-edged swords.  They may have good intentions, but they can cause as much damage as good. 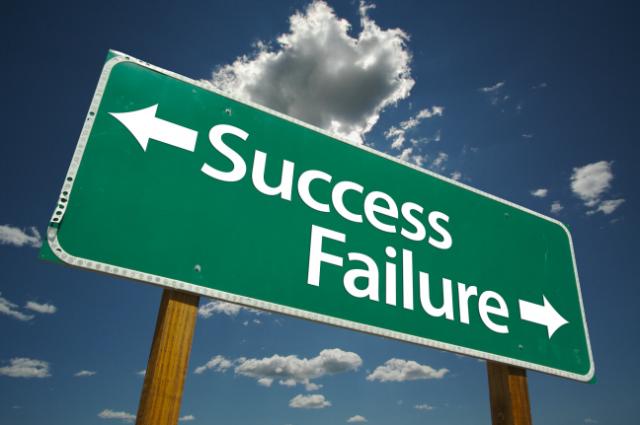 That’s when it became clear…goals themselves are not the problem; it’s how they’re set.  Goals imposed by others that are unreasonable or inconsistent with one’s principles may well lead to bad behavior.  And goals that are disconnected from any real personal meaning are likely to be ineffective.

We are better off setting our own goals and expectations and doing so in the context of what we really value in life. Then it becomes an exercise in rational thinking; recognizing trade-offs and making decisions based on our personal motives.  It’s that kind of goal-setting that is the most valuable and effective because it is intentional and thoughtful.

Self-directed goal setting is also an assertion of individuality.  Just because people typically retire at 65 doesn’t mean it needs to be your goal.  Maybe you want to retire at 45.  Or 85.  Or never.  Maybe you don’t want to move to Florida or Arizona and play bocce like your grandparents did.  That’s OK too.   And what you think you want right this minute may well change over time. Goals aren’t set in stone.

So maybe we’re closer to Professor Schweitzer’s philosophy than we first thought. The trouble actually starts when you try to live up to somebody else’s goals and expectations.

So we want to know – do you feel like you make your own goals or does someone else set them for you?