We’ve all been there. You reinjured that knee sprain by getting back on your bike after your doctor told you to take it easy. You bought that home gym from the shopping network even though you can’t afford it and it won’t fit in your apartment. You had one too many at the company happy hour and your impromptu pushup challenge is making the rounds on YouTube. What you have now is a bad case of regret. 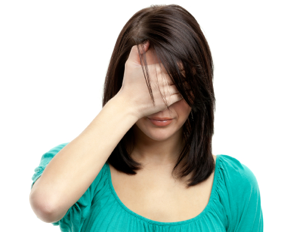 Regret is painful, (literally and figuratively for the bloke in our first scenario) which is what makes it such a powerful factor in decision making. The ghosts of bad choices past influence decisions you’re faced with right now. That can be a very good thing…or not.

In financial decision making, for example, the fear of regret can induce investors to:

Regret can provide a useful frame of reference for future decisions, but a sanity check is always a good idea. To keep regret in its proper place, try asking yourself a few questions:

“I knew it all along.” That’s the telltale mark of hindsight bias: the belief that you predicted a particular event or outcome when, in fact, you did not. A boastful muscle-head comes in dead last at your local 10k and you think, “Saw that coming.” After the race is won or the plot is revealed, we all become clairvoyant.

Before you protest that you’d never be so arrogant or foolish, consider this study on the hindsight bias, conducted by researchers Martin Bolt and John Brink in 1991. They asked college students to guess how the U.S. Senate would vote on the confirmation of Supreme Court nominee Clarence Thomas. Prior to the vote, 58-percent of the students predicted confirmation. After Thomas was confirmed, the students were polled again. This time, 78-percent of the participants said that they thought Thomas would be approved.

Interestingly, hindsight bias seems to take different forms depending on whether the outcome was positive or negative.

Either way, hindsight bias can have dangerous implications, especially with respect to financial decision making.

Hindsight bias is sneaky and stubborn: You may not even be aware that you hold such irrational beliefs.  Perhaps the best way to arm yourself is to take the same approach to investing as you do to training for a race:

A deliberate approach and good record keeping will help you recall exactly why you made a specific decision.  Then, whatever the outcome, good or bad, you’ll know your decision was reasonable and based on the data available to you at the time—not on some perceived ability to predict the future.

While it was a relatively tame week on Wall Street as far as economic data is concerned, the political scene took center stage. Since Presidential hopeful Mitt Romney selected Congressman Paul Ryan as his running mate there has been almost constant media chatter about the upcoming election.

While it’s too early to make any predictions, Ryan’s presence on the ticket may be relevant to investors, because as chairman of the House Budget Committee, he has been very focused on the federal government’s long-term fiscal trajectory.

Add in the influence of the political brinksmanship that has become a hallmark of American politics and the end result is likely to be short-term volatility in the financial markets. Longer-term, the outcome of the election will influence markets for at least the next four years.

Whatever your political leanings, the implication of Romney’s choice is that the future direction of fiscal policy will play a central role in the presidential campaign. Given how sensitized financial markets are to macroeconomic policies, and with the January 2013 “fiscal cliff” looming, the unfolding debate could very well have an impact on asset prices, for better or worse. Professional investment managers will be watching closely and looking for the implications for their portfolios.

The 2012 Olympic Games have played host to a number of stunning athletic achievements. In total, 66 Olympic records were broken, 30 world records were set and 302 champions were crowned. When the dust finally settles, there will be over 600 athletes leaving London with gold medals around their necks. Though their respective disciplines are diverse, what they all share is a fierce desire to achieve a life goal.

Take Gabby Douglas for instance- the glowing teenage gymnast who’s captured both a pair of golds and the adoration of Games fans nationwide. Gabby is the first American in history to win gold in both the all-around and Team finals, and the first African-American to win gold in the all-around title. Not bad for a young lady who’s still two years away from legal voting age. These feats are even more impressive when you consider that at just fourteen years old, Gabby made the startlingly mature decision to leave her family in Virginia Beach and move half way across the country to train. Making such an important, thoughtful, and determined decision at such a young age is nothing short of inspirational. Even at age fourteen she knew what she wanted—to make it to the Olympics–and set out to achieve it, despite the odds against her. 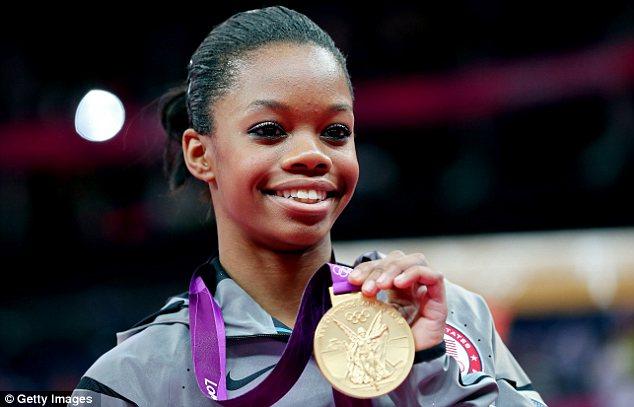 Then there’s Oscar Pistorius. Though he won’t be leaving London with any medals, the double amputee has left an indelible impression on the 2012 Olympic Games. Born with no fibulas, South Africa’s “Blade Runner” made history this year by becoming the first Paralympian to compete in the Olympics. Oscar has faced astonishing adversity, yet, you’d be hard pressed to find him without a smile on his face. Even the worst cynic should find inspiration in the story of this man, born without the ability to walk, who chose running in the Olympics as his life’s ambition. 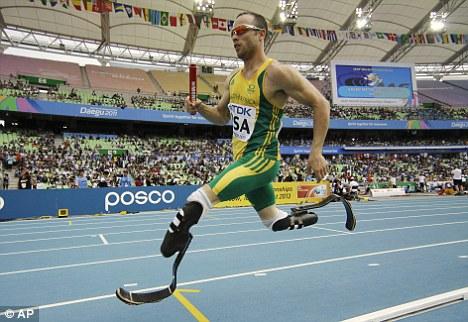 And the list goes on. In the coming weeks, we will look at Michael Phelps, Usain Bolt, Serena Williams, and Alex Morgan (just to name a few); a group of athletes that left an enduring mark on history in 2012. For the most part, these athletes have had a singular goal these past four years; to win an Olympic medal. They exemplify what it means to set out toward a goal and achieve it. Every athlete in this post leaves behind a legacy of success and accomplishment. Their ability to meet, and often exceed, even the loftiest life goals should serve as an excellent source of motivation for you to go out and accomplish your own. No matter the aim, let these athletes serve as a reminder that anything is possible.

The European Central Bank was the center of attention this week, as it followed up Chairman Mario Draghi’s promise last week to do “whatever it takes to preserve the euro” with an editorial in its Monthly Bulletin that was long on bold pronouncements and certain qualifications, but bereft of policy specifics.

This is somewhat inevitable, given the political structure of the European currency union. Unlike the United States Federal Reserve, which has broad and definitive monetary policy powers, the ECB is more limited in its ability to deal with the current crisis. Further complicating matters is the fact that any major changes to the ECB’s operating framework would require the approval of 17 parliaments and national electorates.

Efforts to address the European situation are likely to continue making headlines for quite some time. For investors, this means that Europe is likely to be a major source of market volatility for the foreseeable future.